A free-standing Edwardian era home in need of attention and rejuvenation the aim was to use a light touch wherever possible to restore the various elements rather than erase and rebuild. The majority of the existing structure was retained and re-used including the more historically recent additions. Although not part of the original home the brick renovation at the rear of the house was also retained and reworked. This included new windows and door openings which allowed the home to connect with the north-facing rear garden, a connection previously absent. The roof was replaced to allow for deep eaves to span out over decking and provide a space for the owners to sit and enjoy the greenery and open sky. A number of sustainable design measures were incorporated including rainwater harvesting, solar panels & hot water, passive design providing generous eaves for shading summer sun while allowing winter sun to penetrate, high-level awning windows above the doors for purging of hot air, and western windows provided with operable blinds or shutters to address low-level sun in the summer months. Many of the new timber elements incorporated into the design including floorboards and timber posts were sourced from recycled materials much to the owners delight. 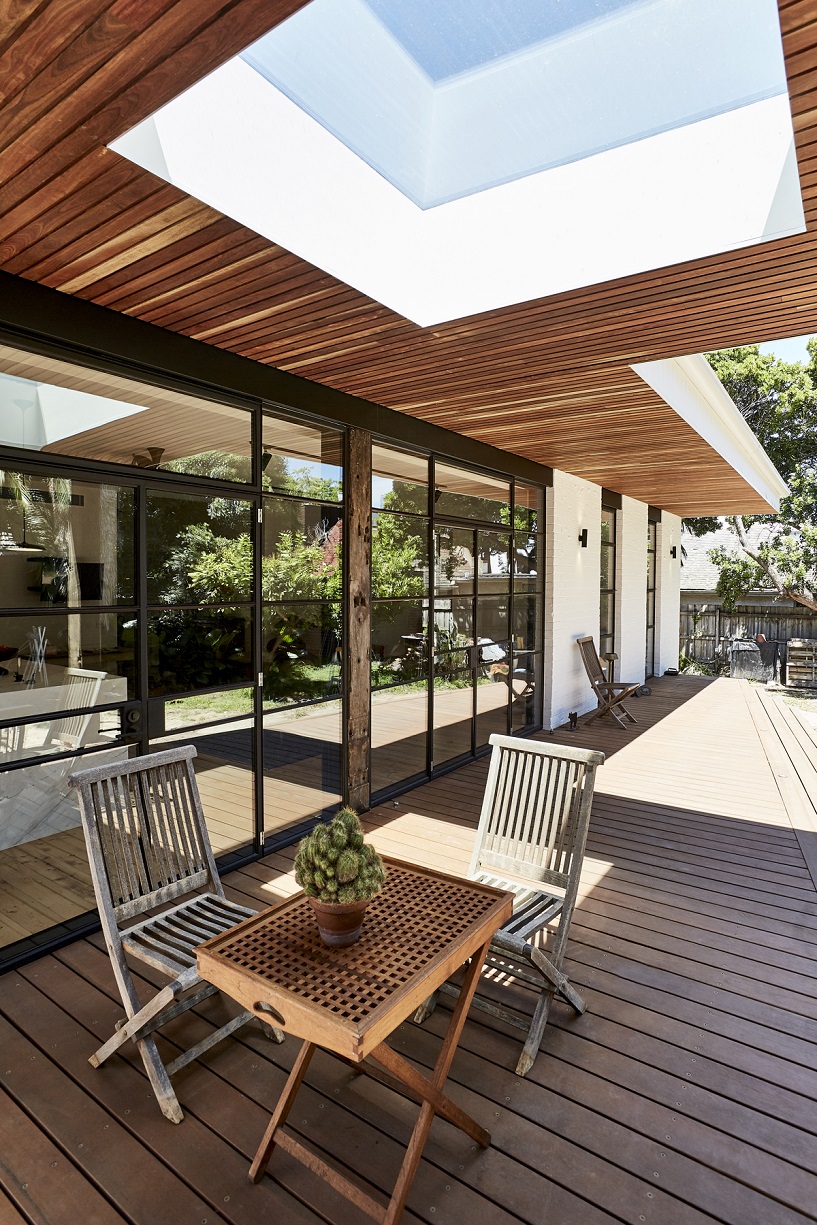 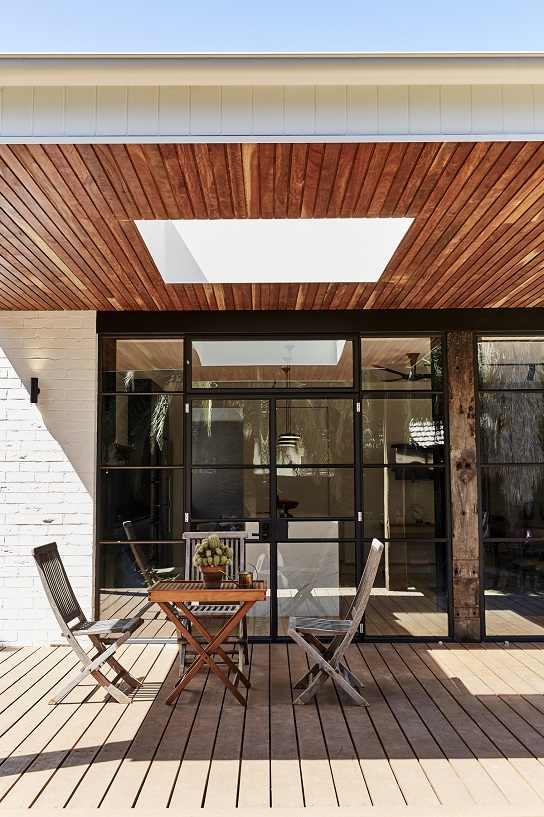 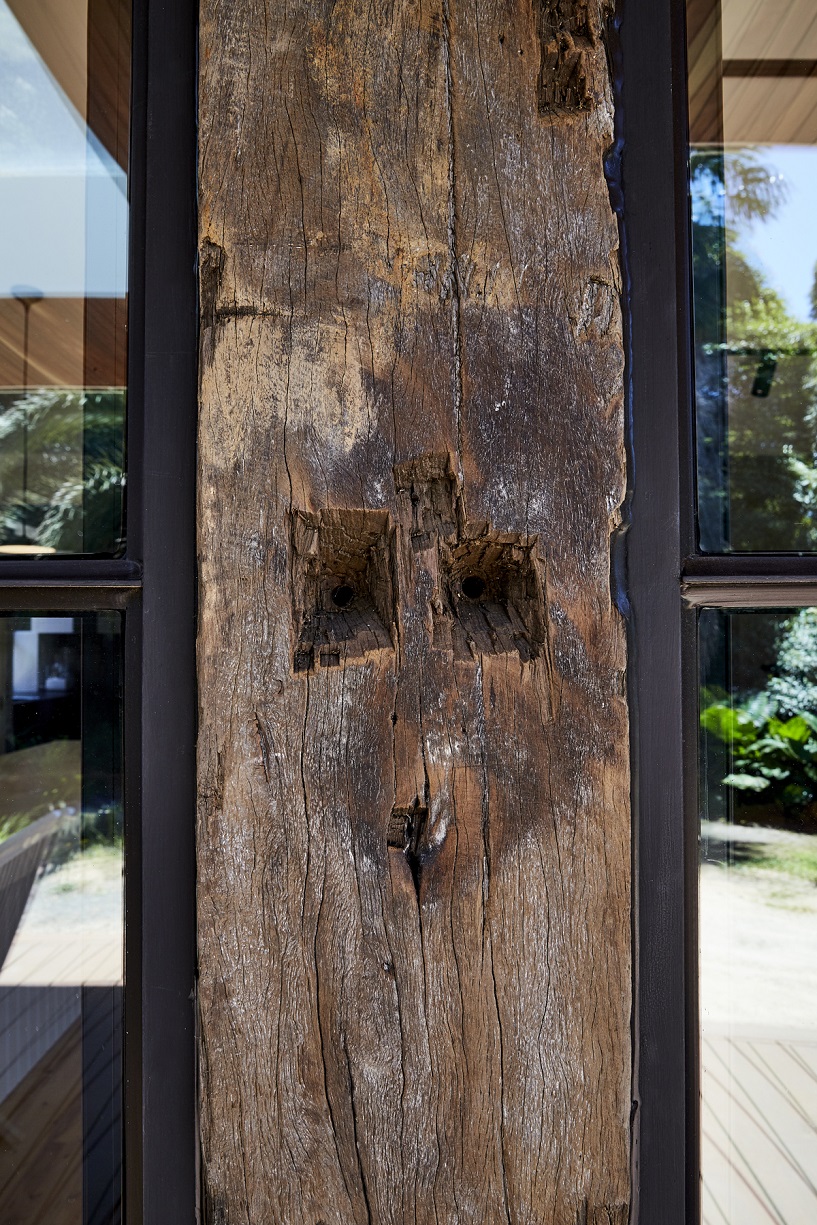 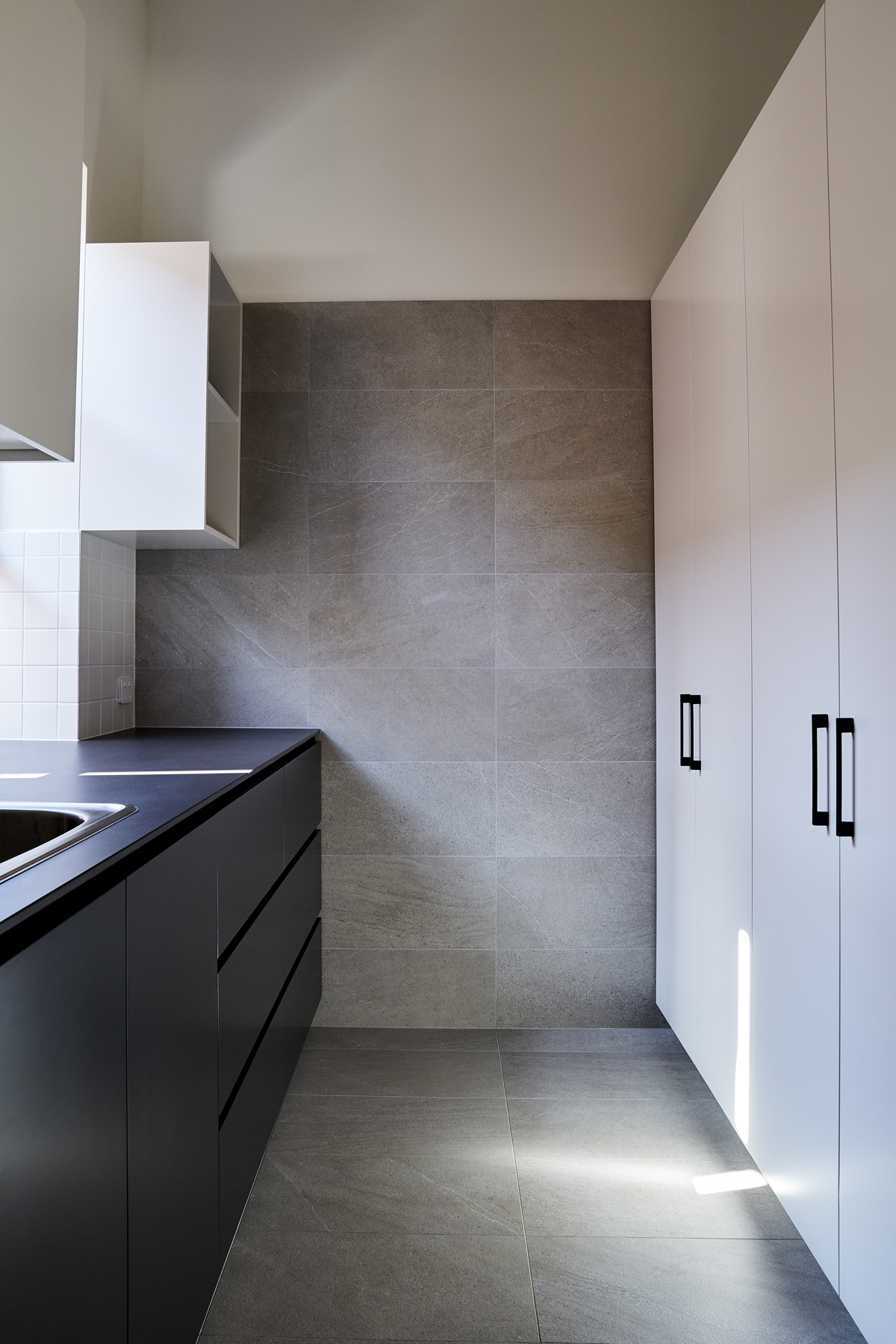 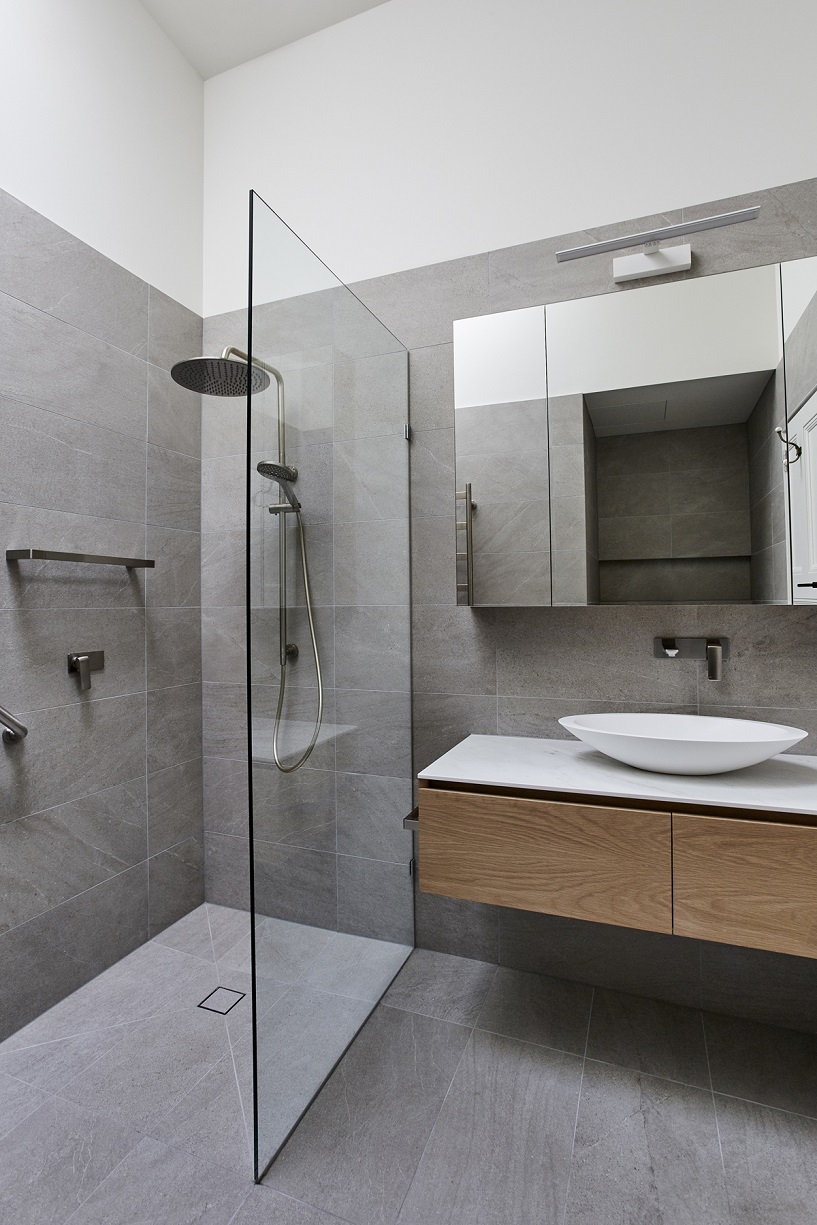 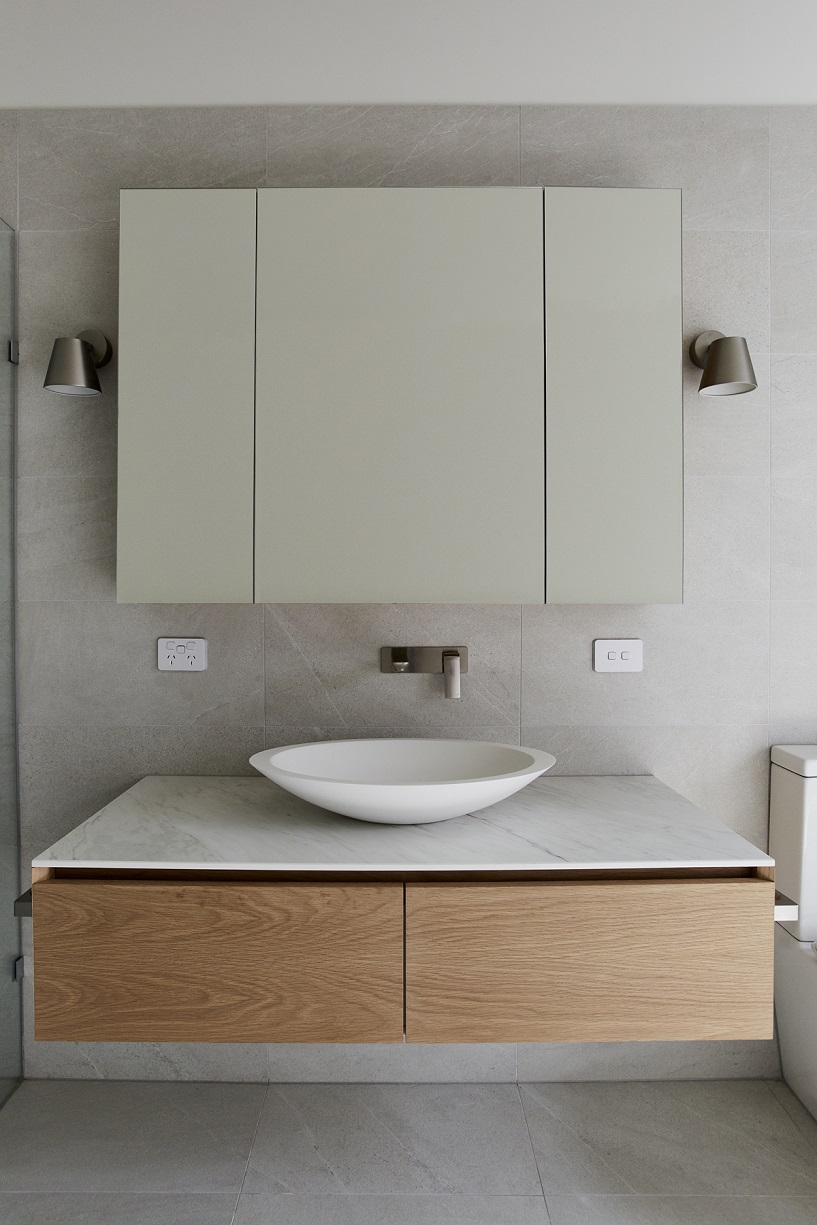 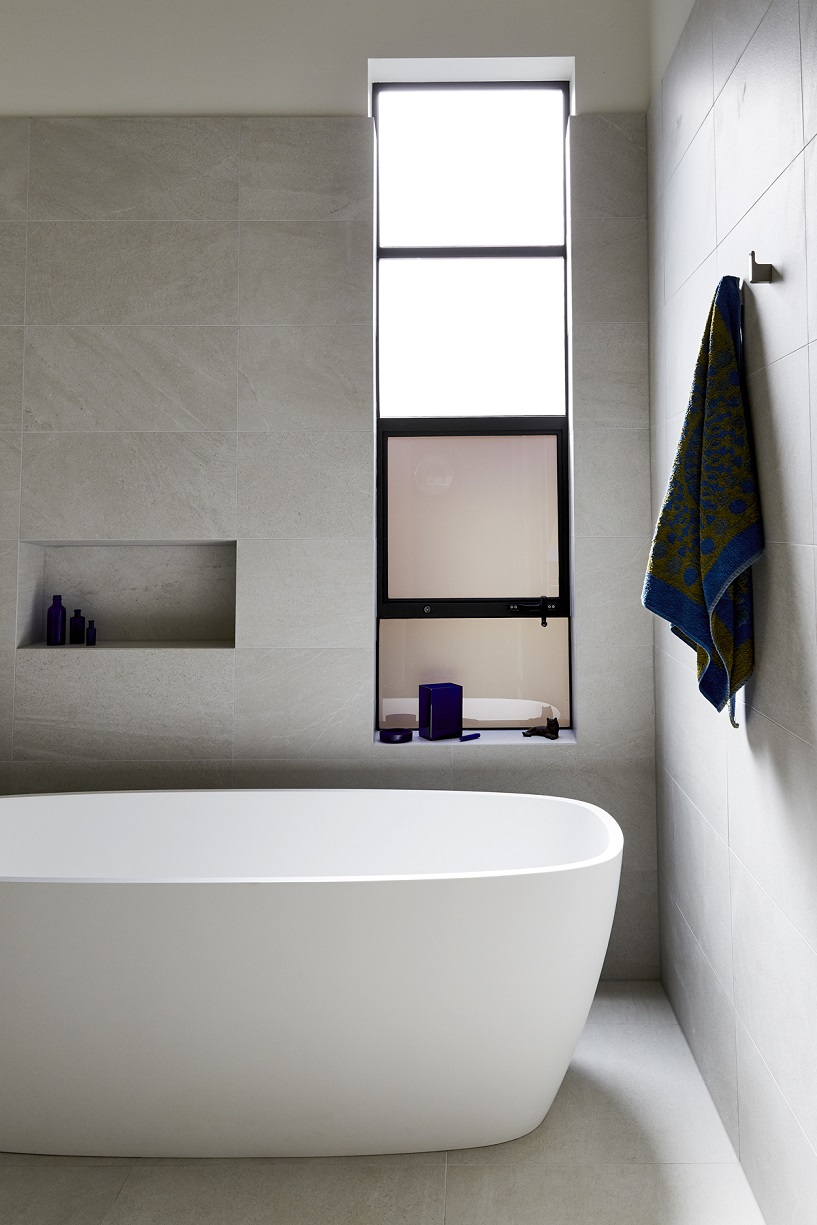 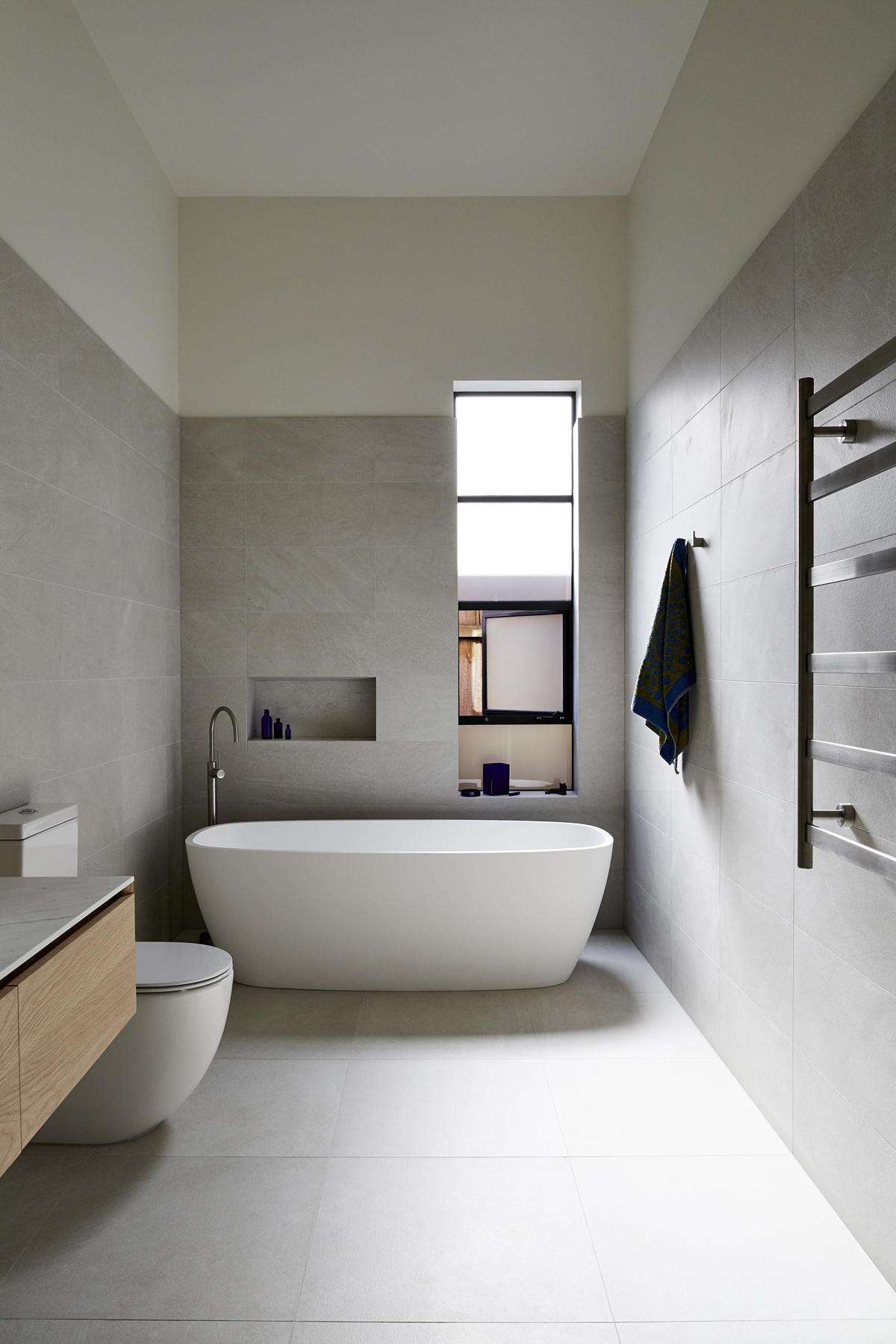 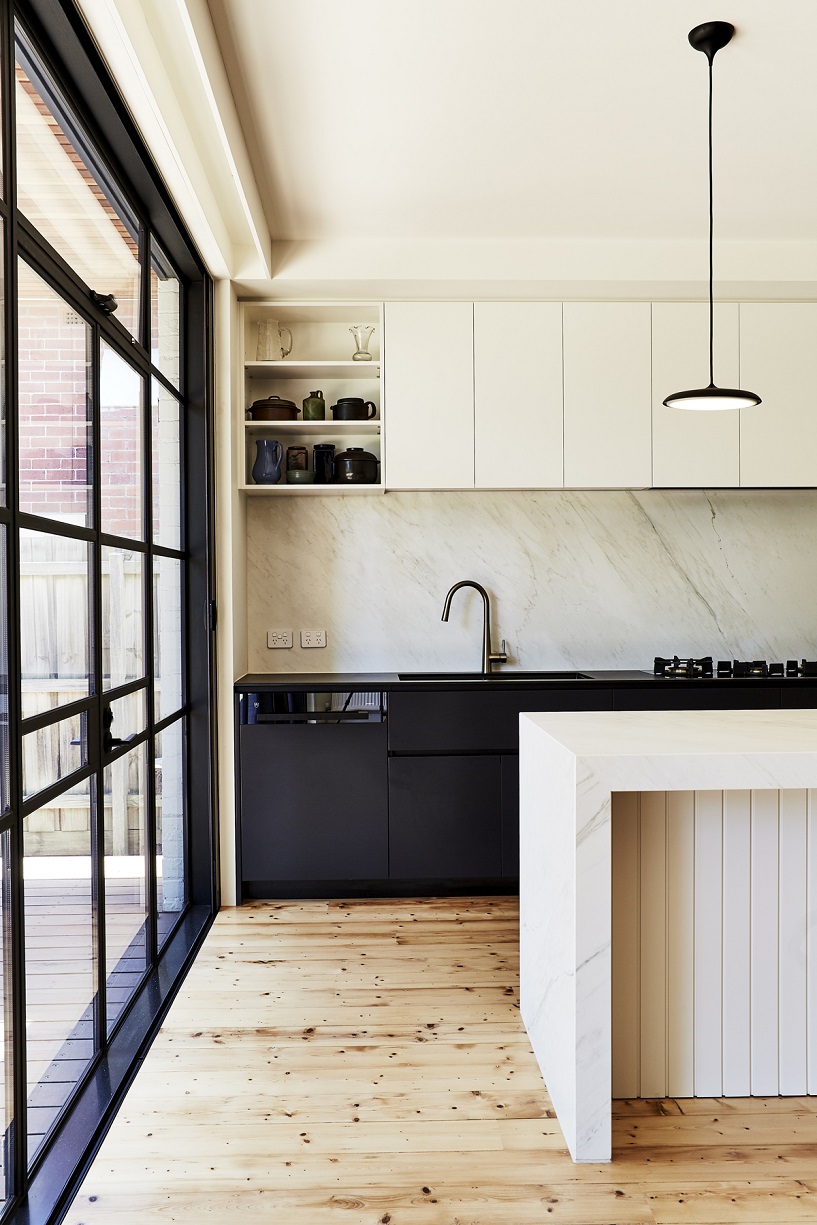 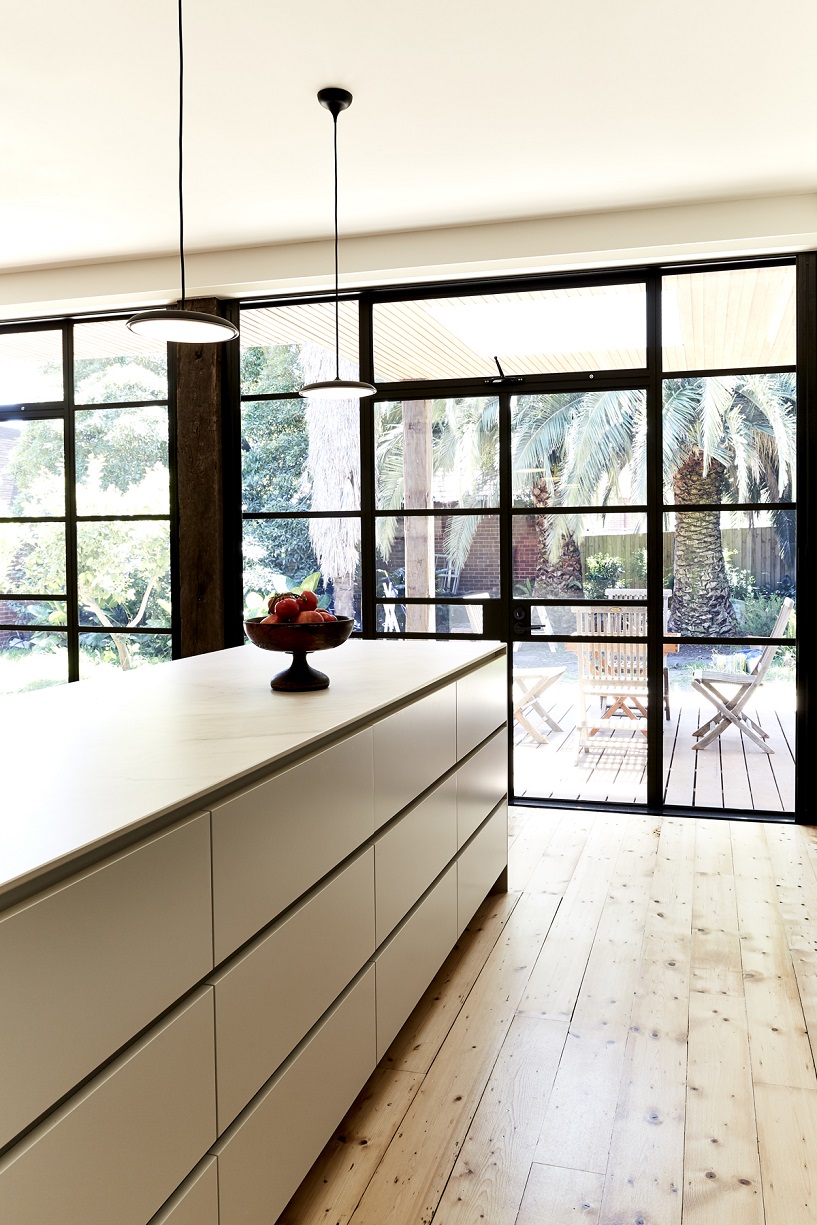 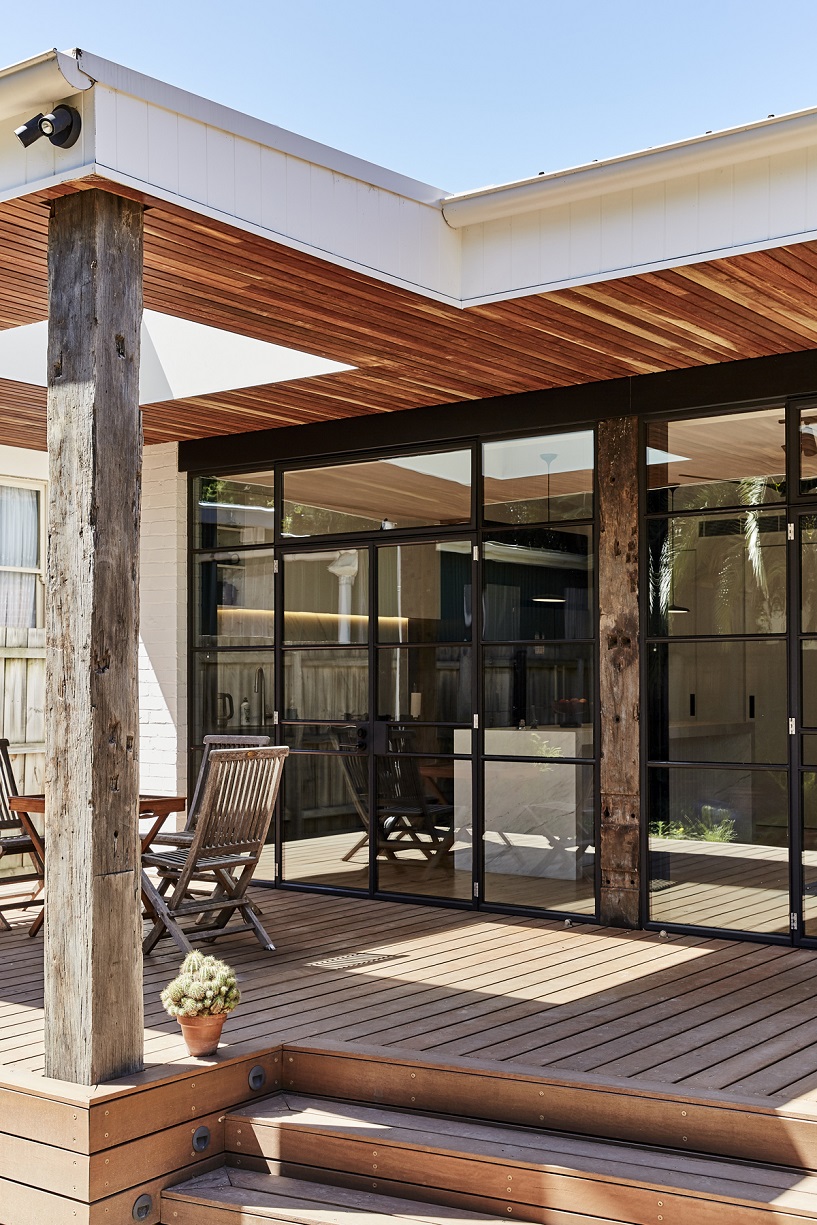