This Edwardian era home had previously been renovated at the rear however the south facing addition which contained the informal living area and kitchen was dark and awkward.

The owners wanted to bring as much daylight as possible into the family area where they spent most of their time. A ‘break’ was created between the steeply pitched Edwardian roof and the new roof to the rear.
The new roof was then designed to float on a pair of steel columns at each corner which allowed for high level clerestory windows to all four sides of the addition, allowing sunlight to flood the new open plan space. 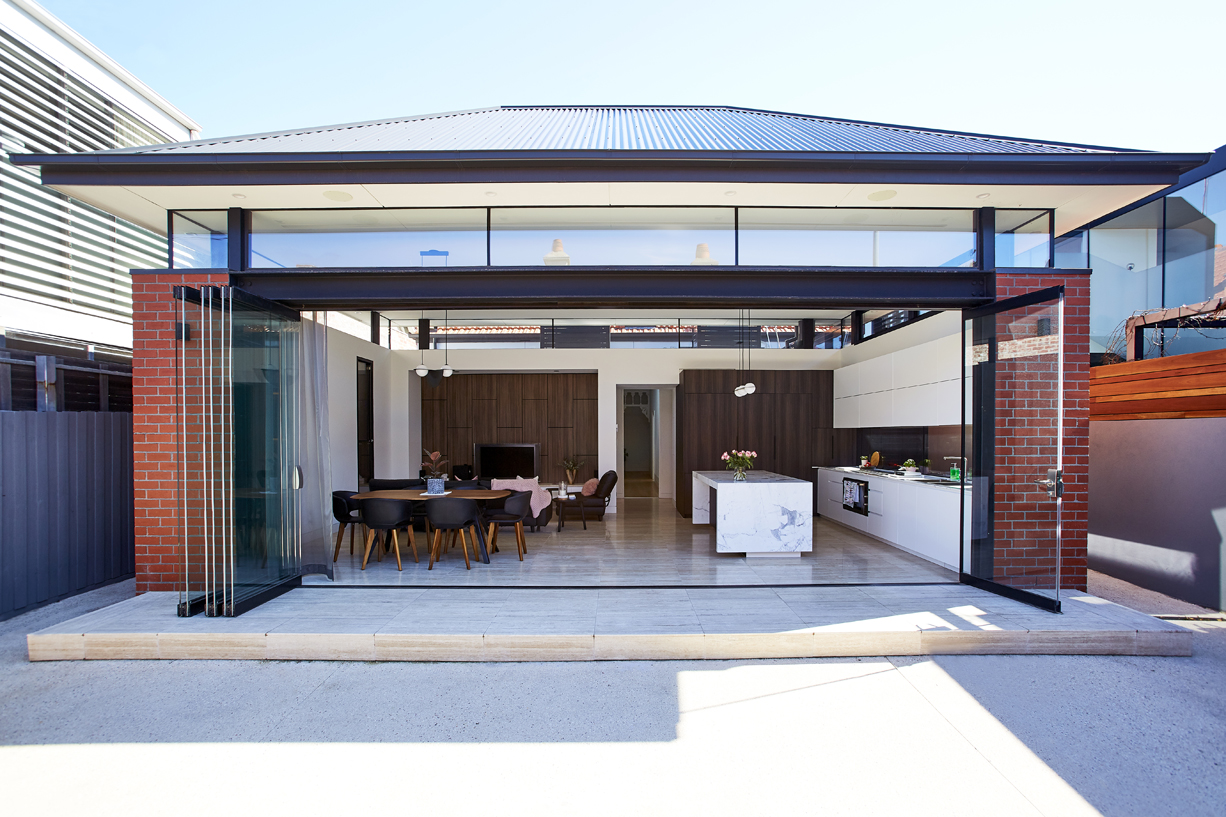 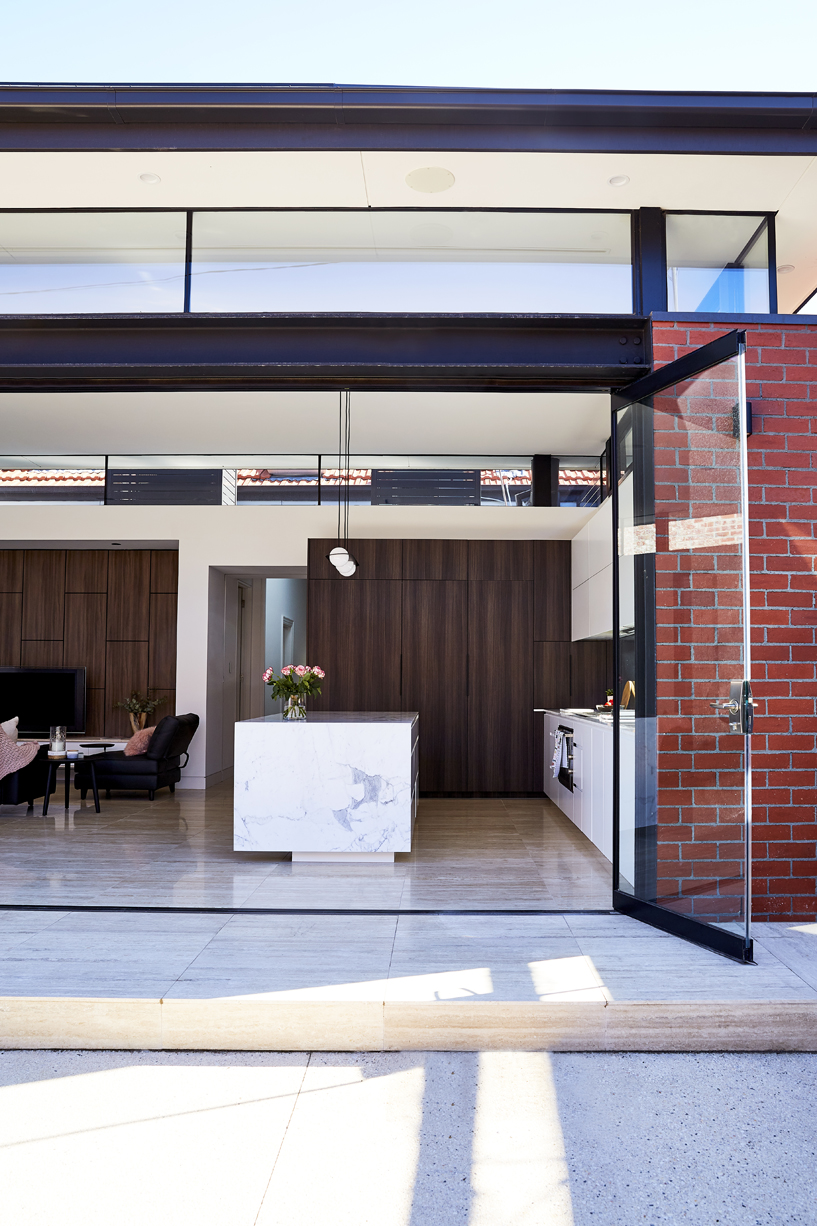 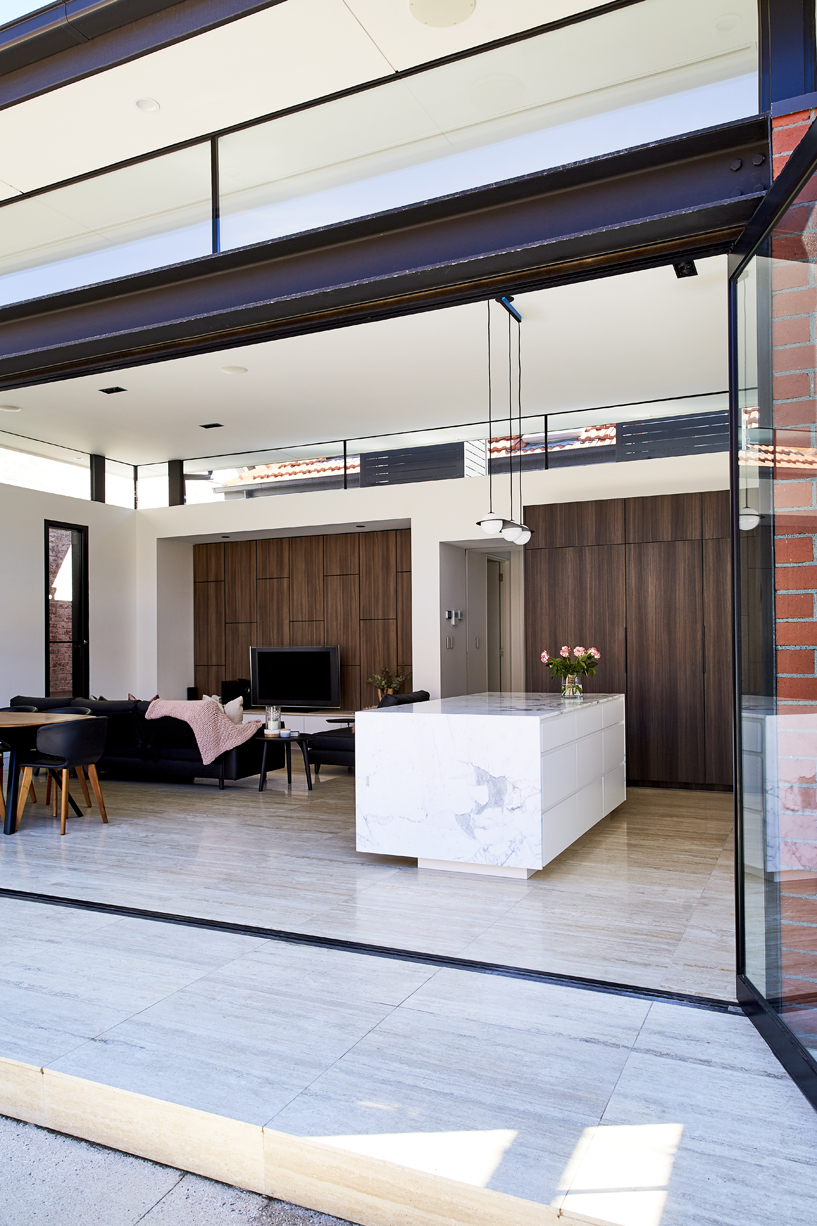 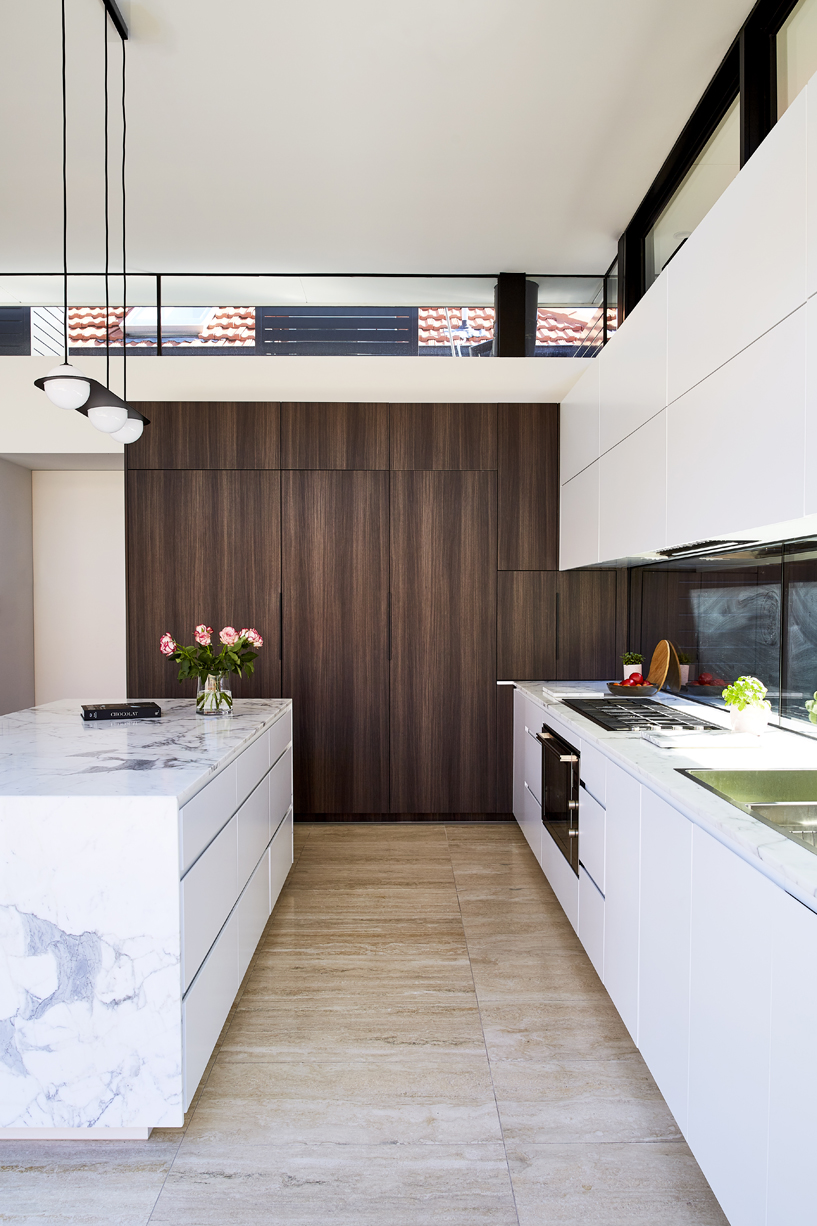 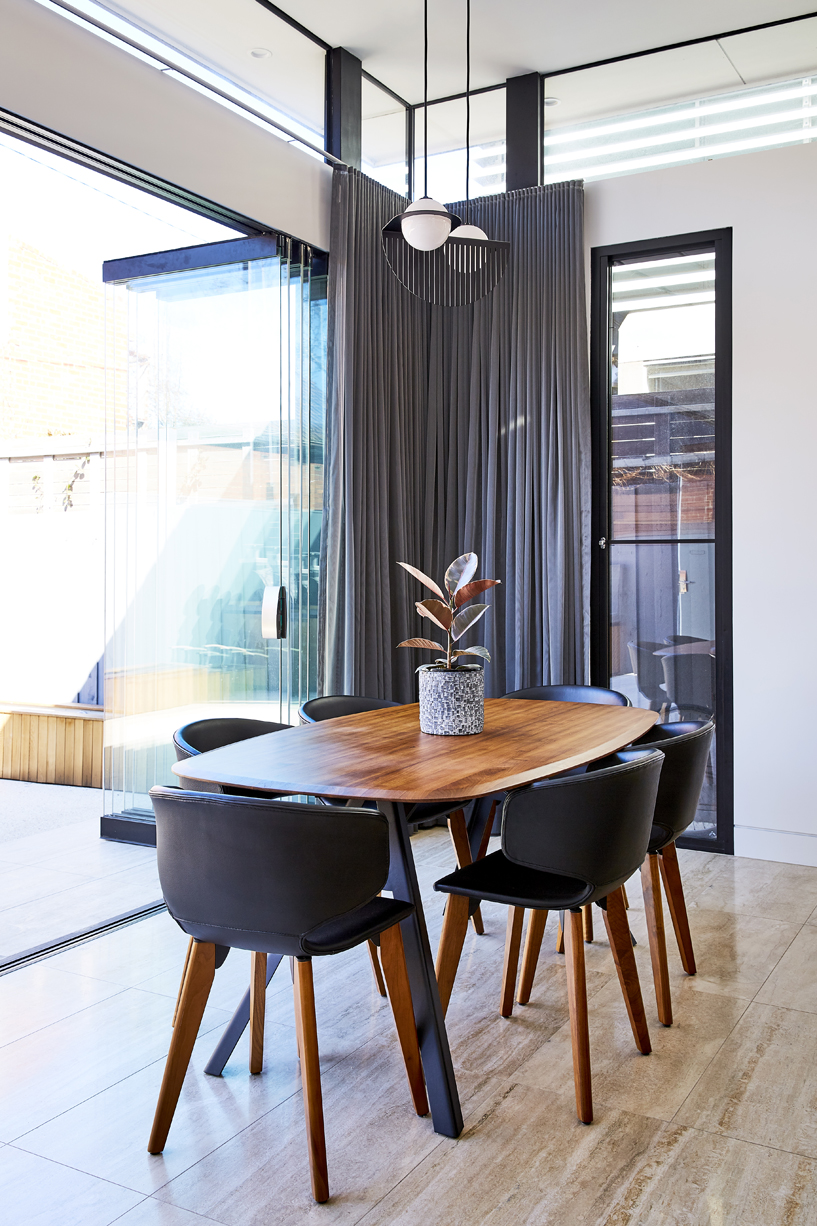 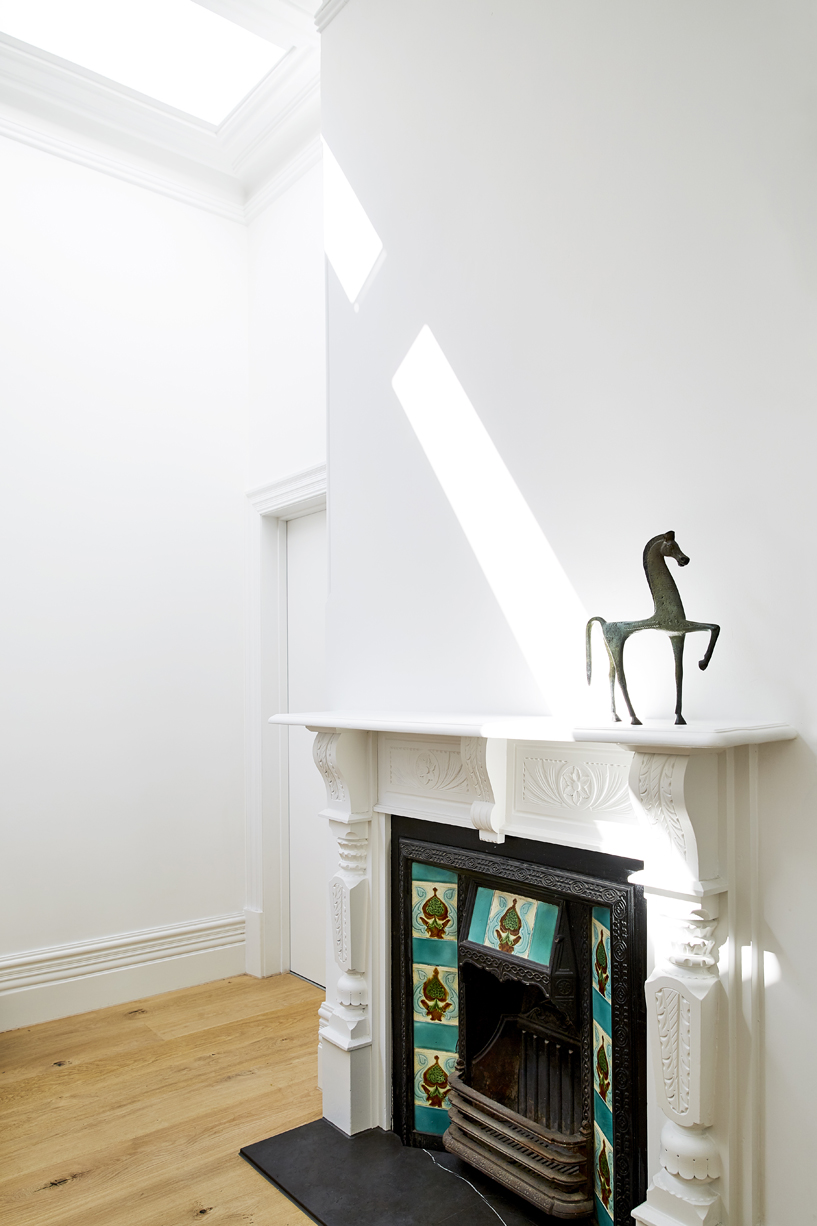 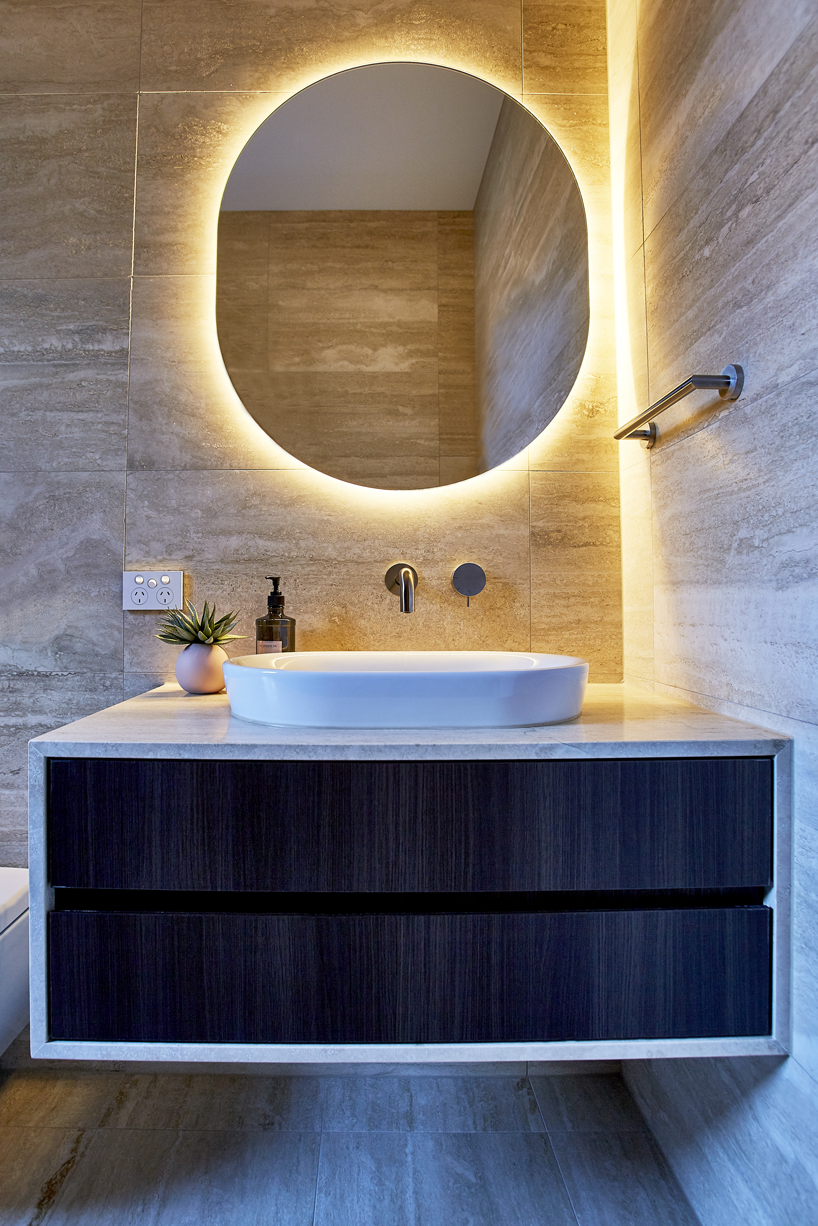